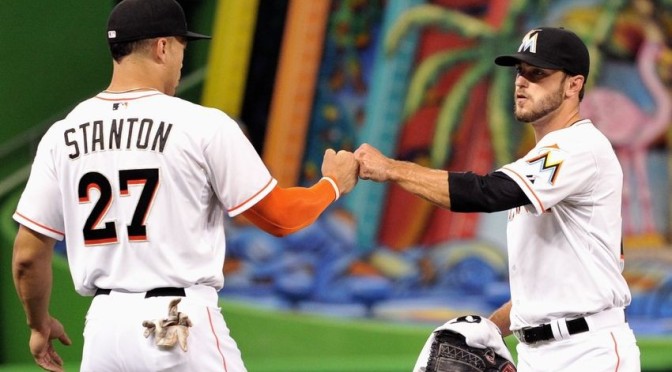 JUPITER, Fla. — Spring Training games have been going on for about a week. With so many players filtering in and out of the lineup each day, it’s difficult to keep track of what really matters.

Here’s basically what you need to know about the Marlins right now:

* Scouts are raving about right-hander Jarred Cosart, who is making a push to be the No. 2 starter. “Top of the rotation stuff,” scouts say.

* Miami hasn’t announced it’s Opening Day starter, but the safe assumption it will be Henderson Alvarez. The rest of the rotation is shaping up as Cosart, Mat Latos, Dan Haren and the fifth starter — Tom Koehler, Brad Hand or David Phelps.

* Still worried about Giancarlo Stanton? Don’t be. Don’t pay attention to his Spring Training numbers, they mean nothing. Right now, Big G isn’t tentative in the box. There is no lingering issues…